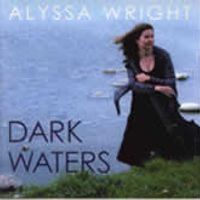 From the recording Dark Waters


When Phoenix met Magpie, she was still tired from her flight
He’d just lost his little bumblebee, and was still stinging from the fight

They were two birds of a feather trying to escape the same tether of an ancient fledgling nest
They would fly ‘round for hours, drinking nectar from flowers and putting their songs to the test

Magpie said “Well hey, hey there Phoenix, you’re such a bright and shiny thing
I think I’d like to take you home and tie you up with string”
“Oh no, no you sweet-talking Magpie, no that’s a lesson I’ve just learned –
Take care my heart, for even a small spark and I will soon get burned

He said “But we’re birds of a feather, we should try to stick together, there’s no reason to be alone”
So he wooed her with shells, stolen trinkets and bells, and then he stole into her home

Pretty soon Magpie was saying “Well come on now, Phoenix, what’s with all this flitting around?
You soar too high, I’m afraid you could die. Now get down here, look at cozy nest that I’ve found.
She looked at it and thought:
“But birds live in trees, that cave might make me sneeze, and I don’t know if I can live without my flying”
But contented with a roof, and not too eager for the truth, she vowed that she would die trying.

And she said “We’re birds of a feather through any kind of weather. I’ll make up for all you feel is lacking”
And in the distant air she heard, she could swear, Crow, that old trickster laughing

Soon she said “Magpie my love, you’ve been sent from heaven above, so why do I feel like hell?”
He said “I’ll tell you why, it’s ‘cause you’ve barely tried”, and that’s the first time she noticed that funny smell
So Phoenix tucked away her wings, and did her best to love the ground
And though her heart and soul were breaking, she dared not peep a sound

Finally Magpie said “Hey baby bird, I think I’ve found your cure. Sorry I was such a selfish ass
Your need for flight is merely due to lack of light, which I brought down for you in this bright and shiny looking glass”
“You scoundrel!” she cringed, “My feathers now will be singed! That’s something I’m sure you would know”
Amidst his taunts and his jeers, she stumbled in tears to consult her wise friend that old Crow

Crow laughed “Hey, we birds have real feathers, c’mon untie that tether, it’s easier than you think
You know, that thieving young feller is just a stripy ground-dweller, and what in Stork’s name is that stink?

So Phoenix looked in the mirror and faced all her fears, as Crow said was her duty
What the reflection showed was a colourful glow, and feathers aflame with great beauty
“My wings!” she exclaimed, “How’d I let them get tamed? My soul was meant for flight!”
She rose up so high, she reached ‘cross the whole sky, and darkness turned into light

Above Magpie she laughed “Birds of a feather? Not now, not never
I’ve learned another lesson, who’d a thunk?
You see I’m a mighty Thunderbird and you’re just … a flying Skunk!”

Now she sails over trees and mountains and seas, no-one could ever ground her
If you like shiny and bright, c’mon flit in towards her light
And bask in the warmth that surrounds her