Alyssa has much to say -- some of it is even interesting! 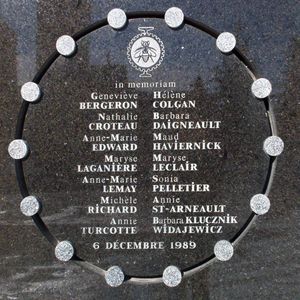 It is a day to mourn the 14 young women killed for being women in training for what was once a male-dominated field. 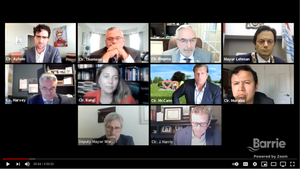 As a follow-up to the previous Open Letter to Barrie City Council, I gave a deputation to City Council tonight on the same subject.  Since I was rather rudely interrupted, TWICE, by my other least favourite City Councillor, here's what you missed in the mayhem: 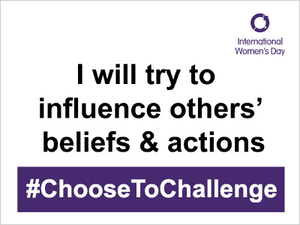 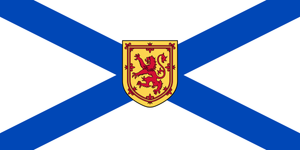 Saturday triggered the bejeezus out of me.

And I'm not using the term "triggered" in the modern new-agey snowflakey buttercuppy kind of sense – as someone who has spent the last several decades learning to live with her complex post-traumatic stress injuries, I am fully aware of the difference between being psychologically triggered and merely a little annoyed, thank you very much.

It started when I saw the (sadly, unsurprising) news that last week's massacre in Nova Scotia had started as domestic violence.  Which the media twisted into being a rampage that had been sparked by "a domestic dispute".

A domestic dispute is arguing over which way the toilet paper roll gets hung,
or how best to allocate the family budget.
It does NOT include one of the parties having to run away from said domicile
to hide in the woods until 7am.

The latter is ASSAULT, or DOMESTIC VIOLENCE (although the addition of "domestic" has always bothered me, as it often seems to be used to make the violence seem not as bad as if some stranger hauled off and punched you in the street).

Then, I was masochistic enough to read some of the comments (I know, I know...), which included such gems as accusing the woman who had to hide in the woods until 7am of being a part of the murderer's plot, or at least somehow responsible for it; another who was happy that the December 6 massacre was no longer Canada's worst (so we wouldn't have to hear from all those yammering feminists again); not to mention all these armchair pundits coming out of the woodwork to declare this to have been a random, unpredictable "snap" by someone with obvious mental health issues.

Okay, I'm going to go into further detail in a sec, but if you want to just skip to the punch line(s), here we go: 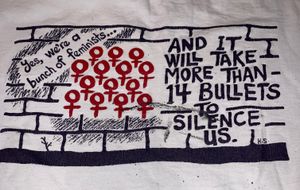 First off, I haven't forgotten about the "Birthday Breakdown" this year... I've just been too busy Alyssabbaticalling (yes, that's a word), and haven't quite gotten to it!