I sent this letter to the Board of Engage Barrie Organization earlier today (text below): 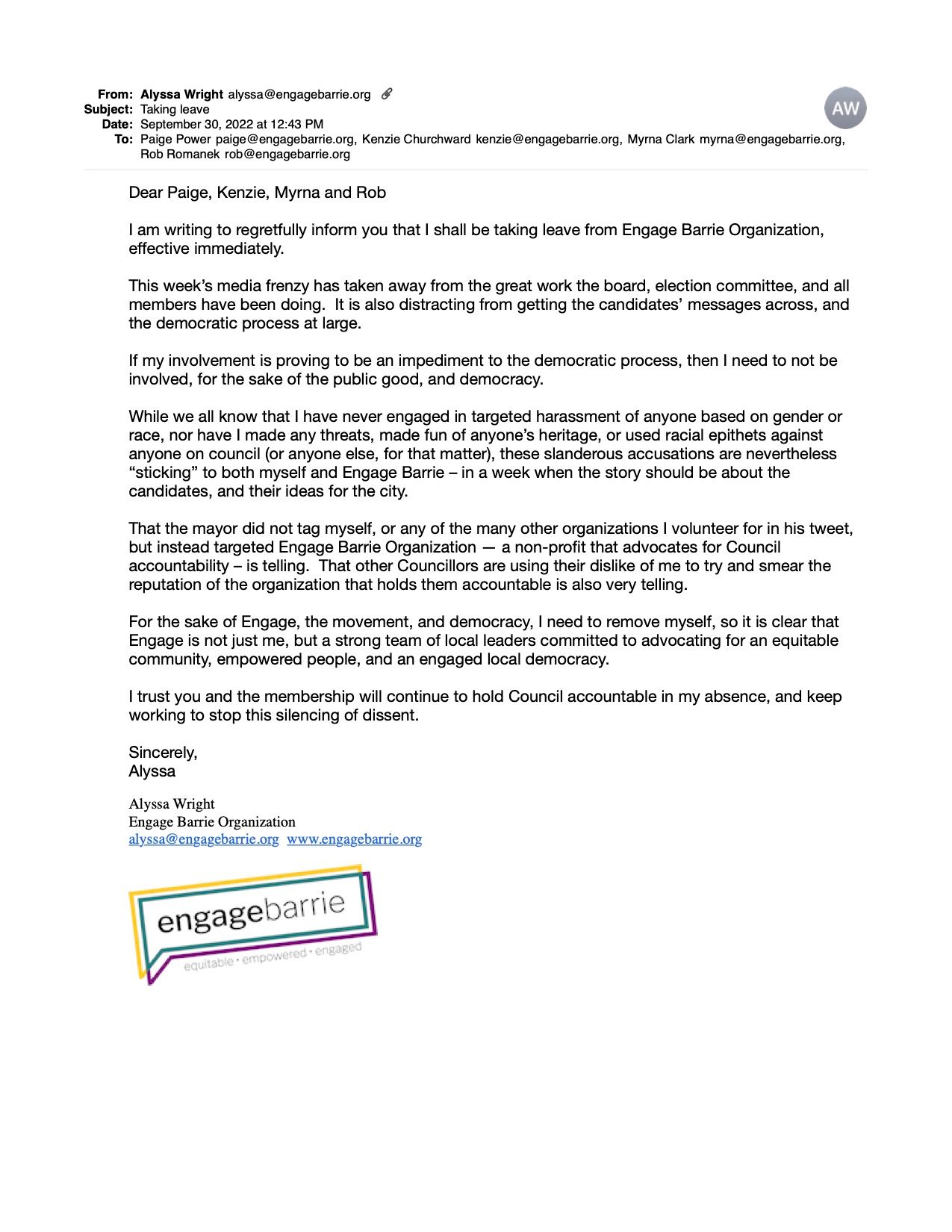 I am writing to regretfully inform you that I shall be taking leave from Engage Barrie Organization, effective immediately.

This week’s media frenzy has taken away from the great work the board, election committee, and all members have been doing.  It is also distracting from getting the candidates’ messages across, and the democratic process at large.

If my involvement is proving to be an impediment to the democratic process, then I need to not be involved, for the sake of the public good, and democracy.

While we all know that I have never engaged in targeted harassment of anyone based on gender or race, nor have I made any threats, made fun of anyone’s heritage, or used racial epithets against anyone on council (or anyone else, for that matter), these slanderous accusations are nevertheless “sticking” to both myself and Engage Barrie – in a week when the story should be about the candidates, and their ideas for the city.

That the mayor did not tag myself, or any of the many other organizations I volunteer for in his tweet, but instead targeted Engage Barrie Organization — a non-profit that advocates for Council accountability – is telling.  That other Councillors are using their dislike of me to try and smear the reputation of the organization that holds them accountable is also very telling.

For the sake of Engage, the movement, and democracy, I need to remove myself, so it is clear that Engage is not just me, but a strong team of local leaders committed to advocating for an equitable community, empowered people, and an engaged local democracy.

I trust you and the membership will continue to hold Council accountable in my absence, and keep working to stop this silencing of dissent.

*Edited to include their announcement:  Engage Barrie Chair Takes Leave of Absence