Recently some Barrie City Council members have made public statements targeting Engage Barrie Organization because of statements I posted to Twitter under the @BiasedScribe account.

Let me first apologize for failing to realize the conflict between my role as Chair of Engage Barrie and my Twitter posts for The Biased Scribe. One of Engage Barrie’s missions is to encourage public involvement in Barrie politics, including encouraging the public to follow and comment on Barrie City Council proceedings, like The Biased Scribe does. However, I now see how my personal Twitter comments have risked influencing peoples’ impressions of Engage Barrie’s non-partisan principles. I regret this and apologize.

I have taken a leave of absence from Engage Barrie Organization to avoid having this controversy undermine the important grassroots work that Engage Barrie does to educate and empower Barrie’s citizens on making their voices heard in the lead-up to this year’s municipal election.

Let me also say that I take very seriously the accusation that I have harassed anyone via Twitter. Politicians undertake a heavy burden of service to the public. They are constantly in the public eye and weather a steady stream of criticism. Lately some politicians have become the targets of vulgar online abuse – especially politicians who are women – and this is unfair to them and unhealthy for democracy.

At the same time, it is also wrong for a politician to try to suppress public debate by labelling their critics “harassers”. Mayor Lehman and Councillors Harris, Morales, and Thomson have made several serious allegations against me that are not supported by the examples they have pointed to. They published those serious allegations widely, including to all candidates and to the press, and with only a few supporting examples of tweets that simply do not show any of the very serious conduct they have accused me of – I have never used any threats, or racist language, or advocated harm to anyone, or any of the similar things they have suggested.

These sitting members of Council have made efforts to ensure a very broad dissemination of their allegations, and then used those unproven allegations to encourage candidates to boycott all-candidates meetings organized by Engage Barrie, which has never had anything to do with The Biased Scribe. Their only complaint with Engage Barrie appears to be that I was involved with it, and they have used that connection to demand that Engage Barrie denounce me publicly – who is harassing whom, in that case?

I agree with Councillors Harris and Morales that politicians are entitled not to be harassed. They are not entitled to avoid criticism, however, even if that criticism is harsh, snarky, or hurts their feelings. Harassment is intended to intimidate, instead of to comment. The citizens of Barrie are capable of judging for themselves whether The Biased Scribe engaged in harassment or comment, and of judging who is actually trying to intimidate whom here.

I apologize to the citizens of Barrie for letting my Biased Scribe comments compromise my role at Engage Barrie, and I hope that my taking a leave of absence will preserve the trust citizens have in Engage Barrie as a non-partisan promoter of healthy democracy. 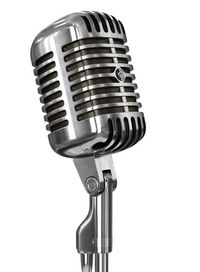