I have a daily creative practice, which includes a 20-minute free-write, inspired by a line (or two) from the "poem of the day" at Poems.com.  The writing isn't meant for public consumption, just to get the juices flowing, before I get started on the "real" stuff.  But today... I kind of like what I came up with, so I'm going to break my own rules and share it (with the caveat that the other rules include no editing, no polishing, so please don't come back at me with fixes, because THAT AIN'T THE POINT).

Today's jump off point was from Two Poems by Julie Bowsma – the first poem began with "Dear ghosts, how can we stop the sunlight spinning the story from our hands?" and ended with "All I know is this:  even before I was born I breathed a loss not my own."  (So you just know I relished it!)

Here's where that took me:

Trauma has tentacles.  Backward and forwards.  Like the stone chip on the windshield, left unattended, as it spider-webs across the flat clarity, until all is unstable.  Until the soft bounce of a feather sends it into oblivion.

Am I the feather?  I was afraid I was, for the longest time.  Now I feel like the fist.  Don't you see this is broken?  Don't you want it replaced?  Here, let me speed up the process, before somebody loses an eye.

I don't know how far back it goes.  From the ripples, I can glean it reaches back quite far.  Four generations, at the very least.  Four generations of people trying to drive their way through, insisting they can see clearly, that they are protected, as the crack-crystals continue to grow, snowflake patterns that are always identical.

My insistence on seeing clearly makes me the wrecking ball.  And I no longer have a problem with that.  I am happy to take the blame for pointing out the broken.

The mechanic shops are full of those who somehow thought their case was different.  That the mark was so small, there was no point in fixing it.  That the laws of physics wouldn't apply.

When do you let go of that fantasy?  When the first leg starts to form?  The second?  When does that denial pass the point of no return – that moment when you know it's shattered, but pride, fear, cognitive dissonance, despair tells you it's too late to admit the injury?  Duct tape.  Crazy glue.  Thoughts and prayers.  Righteous indignation.

They used to try to pluck out the threads.  I used to let them.  Leaving the appearance of fleas or vermin.  Leaving me grounded.  Leaving me no more functional than the spider-webbed windshield of the family car.

My parents used to tell a story – they found it humorous – about how we were walking along the beach, and I kept complaining I couldn't see.  But they had already decided I must just be telling stories, so they told me to keep walking.  I obeyed and walked blindly, occasionally complaining I still couldn't see.  They scolded me for interrupting their conversation, and we kept walking.  We walked and they talked the length of Bathsheba, before my father knelt down and saw that the grit of the sand that had been kicked into my two-year-old eyes from their footsteps, had become coated by my body's only defence mechanism, a layer of mucous so thick that they could not see my pupils, and which took several finger-swipes to remove.

Do note that I cannot remember any of this, save for their unashamed cocktail-party regaling.  This was not unusual enough a story for my memory to retain, but their proud version of it kept the tale alive for decades, until I could finally understand its weight.

I am not wiping away that layer of protection with a feather.  I am not pounding my fist into that windshield.  I see clearly now.  I use my feathers to fly.  I use my fist as a symbol of defiance.  You shall not ground me.

I am feather.  I am fist.  I am finally okay with that. 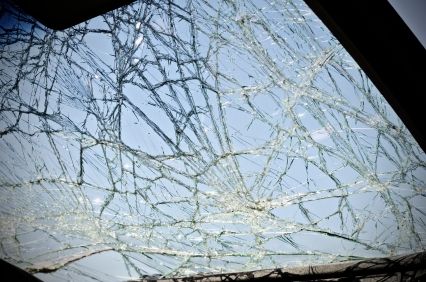