As a follow-up to the previous Open Letter to Barrie City Council, I gave a deputation to City Council tonight on the same subject.  Since I was rather rudely interrupted, TWICE, by my other least favourite City Councillor, here's what you missed in the mayhem:

My name is Alyssa Wright, and I am a musician, educator, writer and performer who made Barrie her home just over seven years ago.  Some of you have since come to know me as one of the original admins of Barrie Families Unite, Board member of Glowing Hearts Charity, advocate for the Women and Children’s Shelter, and Child and Youth Advocacy Council — and I think some of you regularly curse my name as one of the founding members of Engage Barrie.

There was much talk last week about not making this debate personal.  And I agree — as you know, I’m a big fan of the City’s Code of Conduct.

But what seems to have gotten lost in the discussion is this:  Politics IS personal.  Whether a choice made at Council directly affects a Barrie resident on a personal level, or sends a clear personal message to an individual or group, every single decision the eleven of you make in City Council is deeply personal to the people of Barrie.

Now, I’m speaking as just myself tonight, but when I make decisions for, or speak up on behalf of any of the organizations I mentioned previously, I do so only after listening carefully to the people I am there to represent.  Which, frankly, is something I wish I saw more of, from those of you who continue to ignore the overwhelming majority of residents who do not want this sign.

You’ve received a staggering amount of feedback against it.  Several people, including myself, have already written or spoken up about what makes this sign personal to many in this city.  I’m not going to re-iterate that feedback, though I did re-post my open letter earlier today, if anyone wants a refresher.

Once again, I ask you all to consider what personal message you are giving with your vote, should you choose to uphold the wishes of your colleague instead of the wishes of the vast majority of your constituents.  You were each entrusted with these positions on Council in order to serve the greater good of the people of Barrie, not serve each other.

And yes, I understand that sometimes Council needs to make difficult choices — often going against popular opinion — in order to serve that greater community.  But there’s been no evidence of this project actually serving anyone — the weak claims that this sign in Heritage Park will somehow help downtown businesses have not been backed up.  There’s been no analysis of what funds our “landmark” Spirit Catcher has brought to downtown businesses, nor the recent “Heart and Horn” public art installation, nor how yet ANOTHER “landmark structure” might add to what our existing ones are already contributing to the City.

(Now, don’t get me wrong, I am in no way saying that public art’s worth should be solely judged by the funds it generates — but if this is your claim, then there should be something of substance offered to back it up.  Unsubstantiated assurances do not offer any relief from the very real struggles downtown businesses and residents are going through right now.)

What personal message are you giving these constituents when the City refuses to allow a Community Fridge on City property due to liability — a community fridge that will directly and personally assist many Barrie residents through food insecurity in a time of great need — yet you don’t batt an eye about offering to include THIS structure under the City’s blanket insurance policy?  A structure that kids will definitely be climbing over.  A structure whose lighting would be a Hazard to Navigation, disorienting boaters entering the Barrie Marina after dark.  A structure that several people have openly threatened to vandalize as soon as it’s installed, because they are so angry that Council has ignored everyone's very personal wishes.

I’ve already expressed how much I love the Code of Conduct — I’m also a big fan of the Municipal Elections Act, which states that candidates are not allowed to use City facilities or equipment in their campaigns, nor are they allowed to fundraise outside of the campaign period.  Considering the Councillor bringing this project forward has previously and consistently used “loving Barrie” as his personal brand and campaign slogan, installing a sign with this slogan in an election year — after raising the money for it in the previous year — would set the candidate up for a violation of the Elections Act, which I’m sure is not his intention.  It would also draw into question the ethics of installing this sign in a City park in the first place, never mind the City paying at least $15,000 annually for its ongoing maintenance and operational costs.  A sum of money that could easily pay for a new mural each year, or any number of true community projects.

Politics is personal.  Council’s choices are personal.  What personal message does each of you want to give the citizens, staff, women, and voters of the City of Barrie? 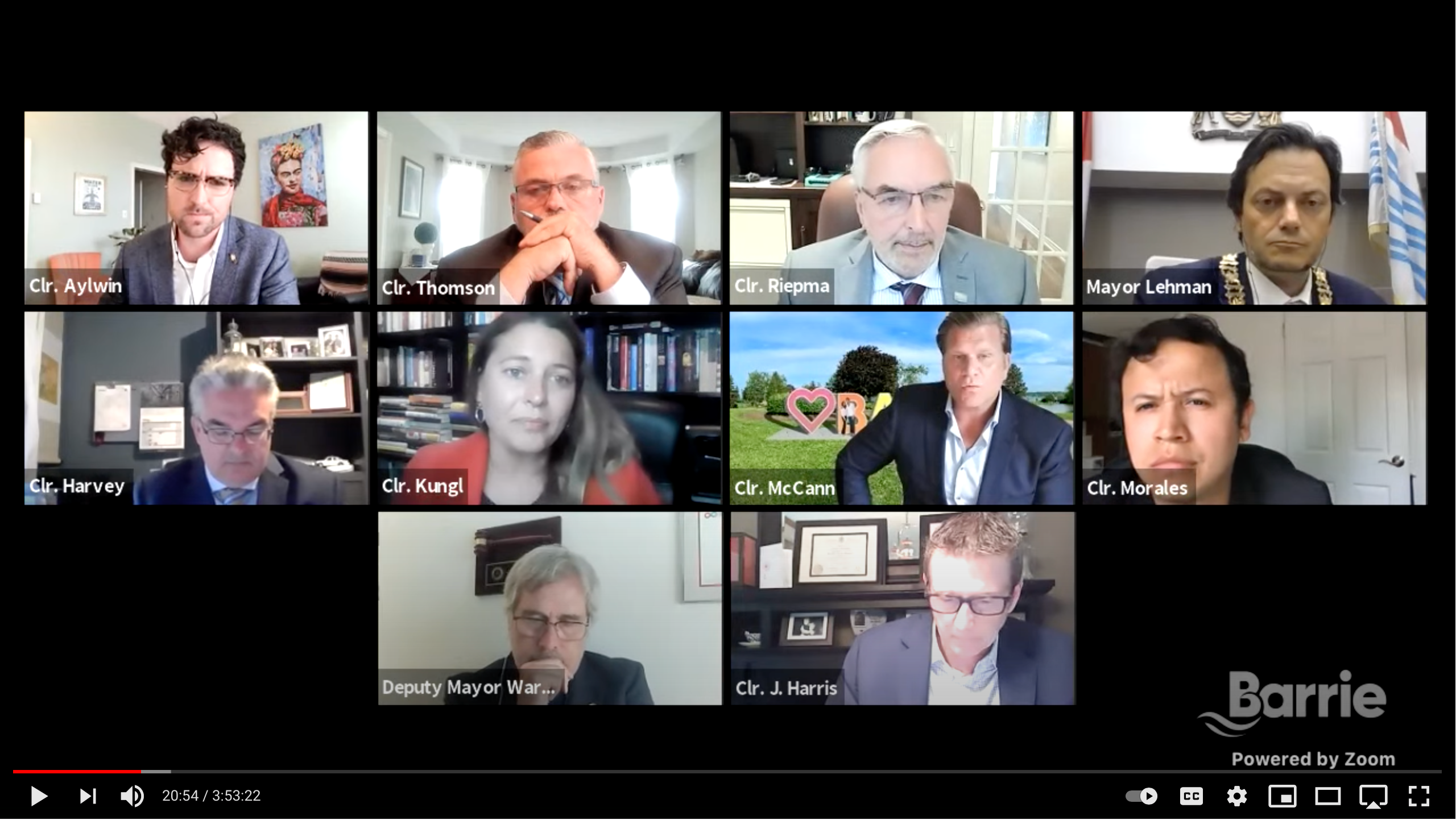