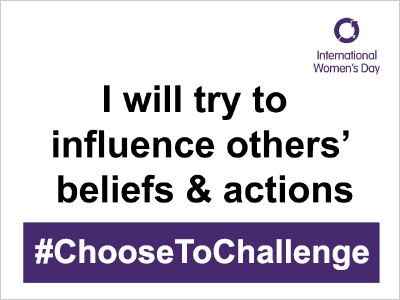 Next week, March 8, is International Women’s Day – so Happy one-week-before IWD 2021!  This year’s theme is #ChooseToChallenge – something I tend to do all year round.  Many of you already know me through my participation with various local advocacy and activist organizations, but today I’m addressing you as just myself.

“Just myself” is a musician, writer, public speaker, performer and creator – with most of my work involving bringing taboo subjects into the light, and being a voice for the voiceless.  Much of it stems from my own “survival story”, and living with the Complex Post-Traumatic Stress Injuries that come from a highly abusive childhood, followed as an adult by sexual violence and domestic abuse.  Not easy things to create art about, since we’ve all been trained to not discuss so many of these issues.  But I’ve become quite used to speaking up about the things “we aren’t supposed to” speak up about – and now that it is safe for me to do so, I tend to feel it’s my duty, especially when others are being silenced.

Still, I have learned that my being comfortable talking about a difficult subject doesn’t automatically make another person readily prepared to absorb what I have to say – so in my work I tend to start in more vague, general areas, rotating back through ever-smaller circles before finally zeroing in on the “punchline”.  I’ll try to reduce the circles here, so as not to take up too much of your time, but please bear with me for a bit, I’ll get to my point soon, I promise.

One of my main creative projects at the moment is co-writing a theatre piece (thanks to a generous grant from the Ontario Arts Council – I am supposed to mention that whenever I talk about the project, although I’m not sure they meant in letters to City Council) that was inspired by Barrie “winning” the CCPA’s title of “Worst Place To Be a Woman in Canada” in 2019.  A title that, as I stated in my recent “Rabble Rousers to Watch in 2021” interview, this city is very likely to hang on to, after everything the women of this city went through in 2020.

Because we’ve seen very little change in the issues that sent Barrie to worst place – in fact, some of them probably got to the worse-than-worst level, if that’s possible.  Lessons of both the distant and the relatively recent past do not seem to have taken hold.  History repeating.  The system protecting the system, the powerful protecting the powerful.  The glimmers of hope for change, which we all stubbornly insist on clinging to, being extinguished as we are re-traumatized watching the inevitable repetition of the same system crushing the underdog and uplifting the already-high-and-mighty.

I spoke of the many typical power systems of the already-powerful in my previous show, “Music For The Changing Voice”, which received its world premiere at Barrie’s own Talk Is Free Theatre in 2019.  About how the voices of the victims are silenced, not just by their primary abusers, but by the people and organizations that swoop in to protect (and often deify) the accused, instead of the vulnerable person(s) they were purportedly meant to protect.

If you talk to victims and survivors of abuse, you will often hear them say that they were able to heal from the actual (initial) abuse fairly easily, because it was quite clear that what was being done to them was wrong.  But that it was the reactions of others when they spoke their truth that became the most difficult to recover from.  That the greatest harm came when the people and organizations who should have protected them turned their backs or swept it all under the carpet instead — or worse, re-victimized them by taking their abuser’s side.

Such as, for instance, relying on HR and workplace health and safety policies and procedures to protect you from workplace harassment, only to be met with “procedural irregularities” that leave you stranded.  Instead, having to watch those in power debate and vote on whether you are even worth protecting.  Wanting more than anything for the person who caused you harm to have to face consequences for his actions, or some meaningful form of accountability, yet watching the people with the most control over not just your workplace but your entire hometown vote against allowing it to be properly investigated by the one official who could have imposed any meaningful disciplinary action.  Reading the official press release about the “happy ending” to your trauma, which spends more time protecting the identity and reputation of the one who harmed you, and those who helped keep him safe from the consequences of his own actions (not to mention, the amount of self-congratulatory gaslighting rhetoric inserted) than it spends offering even the faintest whiff of apology or remorse or compassion for your (easily preventable) ordeal.  Or, for instance, being one of the well-over-one-third of adults who has endured abuse and/or harassment at some point in their lives, watching the slow-motion repeat of their own betrayal and their own silencing, as the same time-tested structures at play push this new member of our disillusioned fold towards the same inevitable, unsatisfying and re-traumatizing conclusion.

(Yes, this is where those circles I mentioned would have come in handy.  My apologies, I’m trying to save trees.)

Let’s circle back a bit to my 2019 show for a moment.  The heartwarming musical about systemic familial abuse.

There is a scene partway through the show, after the ten-year-old protagonist has finally had the strength to speak up about her abuse, and asked for help, when she starts to itemize some of the “homages to self” her grandfather has suddenly begun to bestow upon many public organizations.  Which are not just testaments to his insatiable ego, or attempts to improve his “brand”, but also constant (and permanent) reminders of who holds the power in this relationship, and in her relationship with the rest of the world.  Not only do these tributes remind everyone of the existing power structure, they seem to cause a certain amount of amnesia for the churches, schools, and hospitals that are more than happy to accept his money in return for displaying his name in perpetuity.  (Yes, of course child abuse is bad, we would never condone or accept such a thing, but there’s nothing to see here…)

Just in case you were fooled by the flimsy facade, and were thinking this show was just a hypothetical work of fiction, I should probably mention that “Music For the Changing Voice” was 100% autobiographical.

Even though he’s been dead for fifteen years (and I am most definitely older than ten!), these “monuments” my grandfather placed at universities and hospitals in every major city in the country are a constant reminder of his control over my life, and the fact that he and my other abusers were able to get through their entire lives without any consequences to their actions, because of the power they held.  (It doesn’t take a degree in psychiatry to figure out how I ultimately landed in a city with no university).

While we’re dropping facades, could we please also stop pretending that the identity of the Respondent in the aforementioned City workplace harassment case isn’t perfectly clear to anyone who has been paying attention?  You know, the Councillor who managed to get away without having to face satisfactory consequences for his (substantiated) actions?  The one in power, whose powerful friends swooped in to protect, instead of protecting the woman who was harmed?

Could you please try to put yourself in that woman’s shoes, having to walk to work by the monument-to-self that not-so-coincidentally matches the campaign slogan on the Respondent’s new Facebook page, the sign that nobody else seems to think is important nor desirable, the sign that he has repeatedly referred to as “my sign”?

Could you please try to put yourself in the shoes of the over-one-third of this city’s population having to walk by that sign knowing exactly what it means, exactly what it stands for, and exactly the message the City chose to give them by allowing it on City property, and using their own tax money to finance its maintenance and upkeep?

Could you please pay attention to the media campaign the Respondent took out this past week, to speak ill of yet another young woman working for the city, and cast doubt on her credibility before she even had the chance to speak to Council in her deputation about “his” sign?  Can you please recognize that this is a continuance of his consequence-less misuse of his position of power?

Could you please recognize the long-established reality that one woman having the courage to come forward and speak up about one powerful man inevitably means that there are several more in the background who haven’t had the ability to come forward?

Even if, by some miracle, you have managed to avoid being witness to other… shall we say, “inappropriate” language and behaviour this Respondent has used with others, or heard the cautions and personal stories whispered as warning to others, this systemic pattern has showed itself repeatedly in the Weinsteins, the Cosbys, the Jameses, the Ghomeshis of the world (and all those less famous, whose misdemeanours were never made public).

The message that this City has already sent to the Complainant, to the rest of Staff, to other victims (past or future) of the Respondent, to other victims of workplace and gender-based harassment in general, has been both exceedingly clear and exceedingly harmful.  Now is your chance to start to right the wrongs, and to redeem yourselves in the eyes of everyone who has been paying attention to this case, and to the systemic failures made painfully obvious.

Aesthetics and procedural considerations aside (and, let’s face it, there are many), this pet project, this monument to self, this 10-foot-tall rendition of the Respondent’s new campaign slogan is, to put it bluntly, the equivalent of a predator marking his territory.  Of reminding the Complainant, the other City Staff, the Poet Laureate, and the other women of Barrie who’ve not dared come forward exactly who has the power, the rich friends, the control over Barrie City Hall.

Which, in itself, is highly objectionable and “a big deal” to many.

But having our own City Council — those who were elected to represent our best interests — turn a blind eye, and allow city property and resources, OUR CITY PROPERTY AND RESOURCES, to be used to further re-traumatize the Complainant, and all others who have been subjected to the same systemic failures, is absolutely unconscionable.

There are so very many reasons — technical, procedural, and aesthetic — why allowing City resources to be put towards one Councillor’s pet project (without any evidence of benefit for the City, financial or otherwise) is a poor idea.

But I am imploring you to consider the ethical and compassionate reasons as well.  On behalf of the 16% of Canadians who experience workplace harassment, and the one in three women and one in eight men who experience sexual harassment in Canada (all courtesy of StatsCan) — please show that our health, safety, and well-being are more important to you than the reputation, ego, pet project, and perpetual reminder to all of the Respondent.

The International Women’s Day theme for 2021 is #ChooseToChallenge.  “A challenged world is an alert world…  From challenge comes change, so let’s all choose to challenge.”